In a study published recently in Brain Connectivity, researchers describe a new imaging technique they used that, according to a news release, is designed to identify the specific changes in neural communication that can disrupt functional connectivity across the brain as a result of mild traumatic brain injury (mTBI).

The information gleaned from this technique, the release notes, could help explain why many patients diagnosed with mTBI will experience physical, cognitive, and psychosocial symptoms that may persist.

The release explains that lead author Chandler Sours, BS, and colleagues from University of Maryland School of Medicine and the Magnetic Resonance Research Center (Baltimore) and University of Maryland College Park studied the differences in the strength and variability of communication across neural networks in the brains of patients diagnosed with mTBI who did or did not have post-concussive syndrome.

In their study, according to the release, the researchers demonstrate alterations in functional connectivity in both groups of patients during the acute and chronic stages of injury, differences between the two groups, and recovery of connectivity over time.

In order to measure the brain-connectivity differences between the two groups, they used an innovative approach to the advanced imaging technique called resting state functional magnetic resonance imaging (rs-fMRI).

According to the release, this approach means that instead of relying on a single frequency range to analyze functional connectivity in the brain, researchers in this study measured multiple frequency ranges using discrete wavelength decomposition.

“The consequences of head injury are difficult to detect with conventional CT and MRI diagnostic methods. This is especially true in the weeks to months following the traumatic event,” says Christopher Pawela, PhD, Co-Editor-in-Chief of Brain Connectivity and assistant professor, Medical College of Wisconsin, in the release.

“Dr Sours and her colleagues are on the forefront of developing a new MRI technique to pinpoint brain injury in the critical window after the traumatic event has occurred,” Pawela explains. 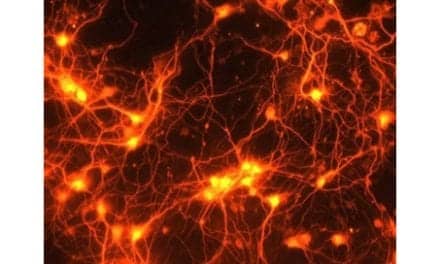