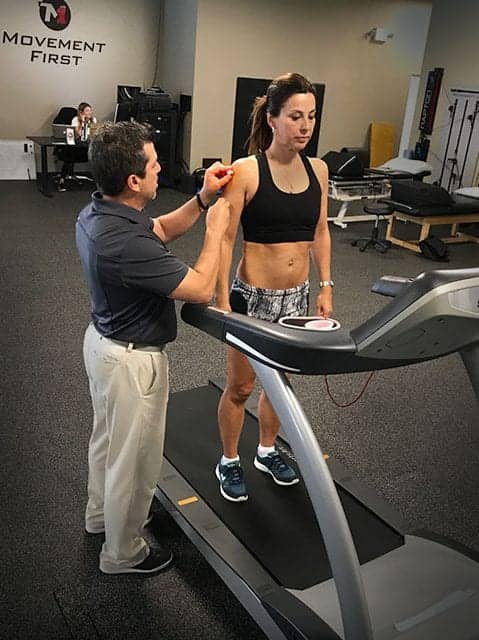 Launching a physical therapy practice in a hypercompetitive landscape is no small task. Building up a cash-pay clientele for that practice as a reliable revenue source is a tall order, too, but one that Brandon Dederich, MS, MPT, ATC, ITPT, meets by supercharging his services with clinical technologies.

Dederich’s 7,000-square-foot office, Movement First, opened a year ago in Newport Beach, Calif. The facility, he says, has been called an athlete’s paradise. The reference is flattering, but it crystallizes how a reputation for specialization can create a double-edged sword, since clients being treated for stroke and neurological conditions also contribute revenue to Movement First’s bottom line.

While Dederich understands the importance of providing top-flight treatment to more conventional therapy clients, he knows it is crucial to demonstrate an exceptional capacity to serve athletes—or risk losing their business. The importance of both groups creates a dilemma. Dederich solves that dilemma by using technology and a hybrid business approach to keep growth on course amid tough competition. In this interview with Physical Therapy Products Editorial Director Frank Long, Dederich provides an inside look at his program, and highlights the role of cash-pay services.

Frank Long: What distinguishes Movement First from its local competitors?
Brandon Dederich: This office is truly an integrated practice. We have three clinics that we operate out of this building. One is a “traditional” practice, where we take insurance and have some contracts and treatment sessions similar to what you’d see in most outpatient orthopedic sessions. But we also have a clinic called Sports Concussion Specialists, where we operate our concussion, balance, and vestibular program. We use technology there as well, and it is predominantly a cash-based business.

Then there is Movement First, which, for the most part, is a research-grade laboratory equipped with eight high-speed cameras that can measure two- and three-dimensional movement. We also have two force plates to measure force production during gait, running, jumping, cutting, any of those movements. In some ways it looks like a contemporary gait lab you would see in a university or hospital, yet it is here in an outpatient setting.

Brandon Dederich guides a client through a treadmill evaluation at Movement First. The client wears sensors that capture performance data recorded during the session.

The client’s performance data is fed wirelessly to a control center located at the back of the clinic’s gym area for movement analysis.

Frank Long: What role have cash-pay programs played in your business?
Brandon Dederich: Cash-pay is our business model. It is still very difficult, however, to do “cash only,” so I call it a hybrid business model: it’s mostly cash, and some insurance. The insurance we do take predominantly is for workers’ comp. What this means in a sports-focused clinic, for example, is that when you have a professional athlete come in who has been injured as a result of participation in a sport, and their team sends them here, it is essentially a workers’ compensation claim. They want to process it through their insurance company, and sometimes we have no choice but to do that. In the future we might be able to say, “No,” and insist on cash, but at this point we don’t want to turn those folks away. I would say it’s 90% cash and 10% insurance-based.

We require full payment at the time of care. We also provide superbills to our patients when requested, so that they can bill.

Also, some collegiate athletes come in and they want to submit claims. So we’ll submit electronic claims to the universities, and they’ll essentially pay us our rate. If the reimbursement doesn’t pay it, then the university usually kicks in and helps meet that rate. Some professional athletes come here on their own because they want to do prevention. They pay a cash rate, and the teams aren’t involved. The cash-pay model has played a huge role, and we wouldn’t have opened up our practice under a different model.

Likewise, the cash-pay model has an organic process to it. You can’t expect that it will have the same growth curve as a traditional practice because the pool of patients for those practices is much larger. The growth we are seeing here is organic. And, the nice thing about cash practice that grows organically is that when you reach a threshold where your productivity is 80% to 90%, usually what you find is that it stays there. The reason it stays is because there is enough word of mouth among individuals who are familiar with what you do, and who will hire you for your skill and your services. That doesn’t mean there is no marketing involved. But if you can be patient, and if you can survive long enough to hit that threshold, you should be able to stay there.

Frank Long: What PT equipment in your practice is most useful in providing services for which clients are willing to pay you cash?
Brandon Dederich: We use a gait camera high-speed system from a manufacturer named Simi Motion, from Germany. That’s our high-speed motion capture system. Our force plates, we have two that are dropped into the ground, are manufactured by Bertec. We have a Biodex System 4 dynamometer, and our EMG system is a 4-channel system from Noraxon.

The other equipment we have that is based on technology we use both in our concussion, vestibular, and our assessment for a lot of our athletes and patients for balance is our computerized dynamic posturography (CDP) from Bertec. It might be one of the most unique pieces of equipment we have, and people notice it right away because it looks like a “time machine.” It’s a fully immersive basic virtual reality system we can use to measure balance. We can look at SOTs, ocular reflexes, and gage stability, and gather lots of vision-related information.

We use that quite a bit not only for assessment in rehab but also for performance. In terms of how we integrate it with Movement First, a patient might come in 12 weeks postoperative, and we’re trying to get balance information, and we’re trying to get right and left and determine how close to normal it is. It is an extremely specialized piece of equipment, and it also has force plates built into it that move in three planes.

We also use the Bertec Vision Advantage Program, which is an interactive vision program for assessment. The training it provides involves a touchscreen television that we can take information we gathered from the CDP, and now train with programs Bertec provides.

The other equipment we have that is also highly specialized is from a company called Arquex. People would probably refer to it as a “functional trainer.” It’s a rubber tubing-based system that looks kind of like a praying mantis. It has multiple arms that extend out with different attachments, and inside these tubes is specialized rubber tubing. You can change the resistance to anywhere between 5 pounds and 500 pounds. It provides a way to provide multiple points of contact to the body to teach athletes and patients how to stabilize and move around different joints, where it’s difficult to do that without that sort of feedback and resistance.

The Vertimax Raptor system is another specialized technology we have. It’s called a jump platform, and you attach the plastic cords to a belt, and basically it’s used in performance by exercise specialists to work on vertical jump and strength in the vertical jumping plane. What distinguishes this Raptor system, however, is that it is on a wall and provides more lateral, functional movement rather than just vertical.

The Raptor allows us to move 20, 30, 40 feet with these resistive bands at nearly a constant resistance, which is great because you don’t always want to increase resistance; you want it to be constant so people can move functionally. It’s great for gait retraining and training of movement in general, and we get great ROI out of it.

We probably get some of our best ROI from the camera system, the dynamometer, and the Bertec balance system. They are all technologies we can monetize effectively.

Frank Long: It seems like cash services would have no-fuss billing. Is that the case?
Brandon Dederich: Not exactly. The cost of hiring someone to do collections is eliminated if you do your job up front at time of service, so we don’t have a dedicated collector. But there are still issues. For example, we always strive to accommodate our clientele, and because of that there are times when we have to figure out a payment plan. Other practitioners may say, “This is the cost; pay for it now or I won’t treat you,” but at this point we don’t want to turn away anyone from this practice. That means some follow-up is required to make sure we collect.

Cash is great because it does eliminate a lot of the cost of collections, but you need to collect at time of service, and make sure the front office knows what they’re doing. Then, of course, if a patient asks for a superbill, we’d rather provide that, which requires filling it out and supplying the CPT codes. We can’t get entirely away from the word “billing,” even in a cash-based practice.

Frank Long: If you had a wish list, what equipment would be on it to help your practice?
Brandon Dederich: Without sounding arrogant, I think our clinic looks like a wish list. When we’re interviewing prospective therapists who are DPT students who do internships, they come in and to them it looks like Disneyland.

The equipment we really need is called square footage. But, if we could have more equipment, one thing we’d love to have is a harness/unweighted, instrumented treadmill. There’s a bidirectional treadmill that allows the user to run downhill, and also make life easier in the clinic as far as capturing images on camera. With a bidirectional treadmill you can just have the patient turn around rather than in some cases we have to move the treadmill 90 degrees or 180 degrees. So that would give us more options as far as what we can look at and how we can train.

There is also a gait track system that runs the perimeter of the clinic that could be used to harness up patients and work on gait training. When you’re working on a patient’s gait you need to be able to walk. So, if they’re in a harness system it is far better for the demands of normal gait. It would be great to have some tracking in here for our balance and vestibular patients, and just basically let them walk without any hands-on.

We also work with a lot of overhead throwers. So what we’d really like to see would be a pitcher’s mound with force plates on it. There are some out there now with turf on them, but what teams want and what pitchers want is to throw off of a dirt surface with their spikes on. The challenge, however, is that spikes and dirt don’t go well with force plates. PTP 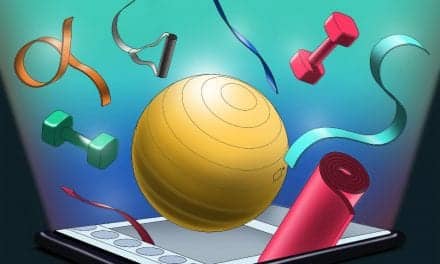 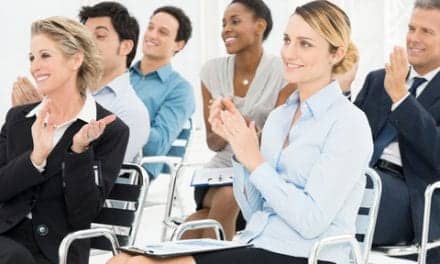 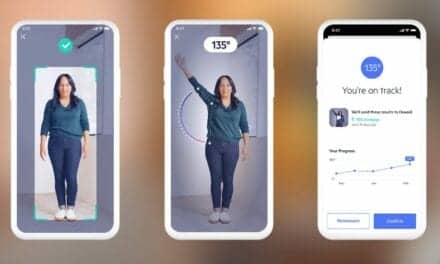