‘iPad Neck’ Risk Factors Include Being a Young Adult Woman 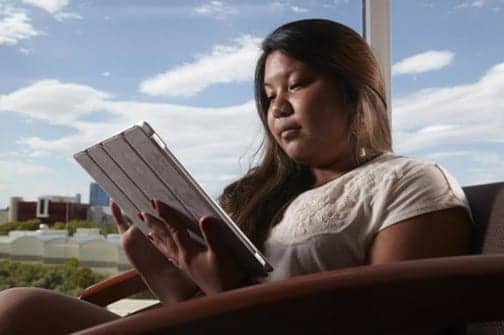 Gender and posture—not screen time—are the most significant risk factors in the development of “iPad neck” and shoulder pain, according to a study published recently in The Journal of Physical Therapy Science.

“iPad neck,” also known as “tablet neck,” is described as persistent pain in the neck and upper shoulders caused by slouching or bending into extreme positions while using tablet computers, such as on the beach or on the ground, slumping over the tablet while it rests in the user’s lap, or using the tablet while lying on the side or back.

UNLV physical therapy professor Szu-Ping Lee, lead author of the study, shares that the results concern him, especially given the growing popularity of tablet computers, e-book readers, and other connected devices for personal, school, and business purposes.

“Such high prevalence of neck and shoulder symptoms, especially among the younger populations, presents a substantial burden to society,” he says.

In the study, UNLV—in conjunction with researchers from hospitals and physical therapy centers across Southern Nevada—conducted a survey of 412 public university students, staff, faculty, and alumni (135 men and 275 women) who are touchscreen tablet computer users about their device usage habits and neck/shoulder complaints.

The most frequently reported symptoms were stiffness, soreness, or aching pain in the neck, upper back/shoulder, arms/hands, or head. Most (55%) reported moderate discomfort, but 10% said their symptoms were severe and 15% said it affected their sleep, the release explains.

Postures that led to pain included those that cause the tablet user to “slump” over and gaze downward. Only 46% of respondents said they’d stop using the device when experiencing discomfort.

Regarding gender differences, 70% of female respondents reported experiencing symptoms compared to just under 30% of men. Interestingly, women were also more likely (77%) to use their tablets while sitting on the floor than men (23%), the release continues.

Lee offers the following tips to prevent iPad neck, per the release: Sit in a chair with back support, use a posture reminder device, place the iPad on a stand rather than on a flat surface and attach a keyboard in order to achieve a more upright posture while using the tablet, and exercise to strengthen one’s neck and shoulder muscles.

“Using these electronic devices is becoming a part of our modern lives,” Lee concludes. “In order to reduce the risk of developing long-term neck and shoulder problems, we need to think about how technology like tablet computer affects human ergonomics and posture.” 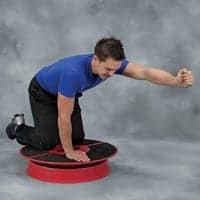 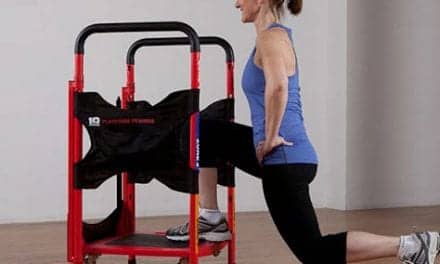 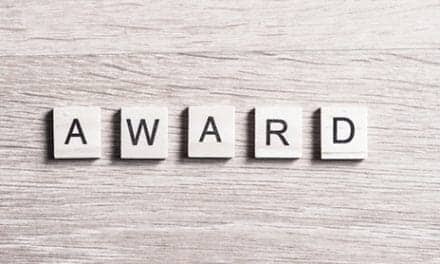