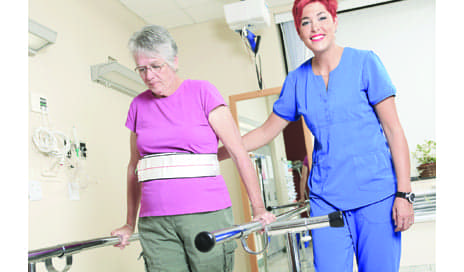 Rehabilitation of the neurologically involved patient has been a challenge for physical therapists and the rest of the medical community for decades. We struggle with history and misconceptions regarding recovery and the ability for the injured person to regain lost function, asking questions such as, “What is the best solution?” “What is the best time frame to implement interventions?” and “When is it too late?” This article aims to illuminate this concept and provide several interventions and treatments that have demonstrated promise in the literature and in practice.

Neuroplasticity is the ability for the nervous system to reorganize, rewire, transform, and renew itself. This article focuses on the central nervous system and the current as well as emerging rehabilitation techniques that are being utilized in the clinic with success for patients post neurological injury. Neuroplasticity is crucial for anyone to recover who loses cognitive or physical ability following a neurological injury/event.

For such a long period of time, we have been taught that the brain is unchanging, and that once we have reached a mature age, we have been hard-wired for function and there is no real adaptation that occurs within the nervous system in the regenerative process or the renewal process. Until recently, it was believed that the human brain, which consists of approximately 100 billion neural cells, could not generate new ones. The old model assumed that a person was born with a finite number of brain cells, and when a cell died, no new cell grew in its place. This old model is no longer relevant because it has been proven that certain areas within the brain can generate new cells as well as create new neural pathways.

For example, exercise prompts nerve cells to release one growth factor in particular, called brain derived neurotrophic factor (BDNF). BDNF triggers numerous other chemicals that promote neural health and directly benefit cognitive functions, including learning. However, we do know that in the presence of inactivity, neurons cease functioning and will eventually die, so activity is a necessary component of recovery. Neuroplasticity is how we adapt to changing conditions, learn new facts, and develop new skills. If the brain is injured, it tries to repair itself with these normal mechanisms. If all goes well, spontaneous recovery can be excellent. Of course, the natural scope of these plastic processes is limited, and sometimes the end point of the remodeling is problematic itself. The job for those of us in rehabilitation is to promote plasticity in the right direction and, sometimes, to correct it if it has taken a wrong turn. We must, therefore, understand neuroplasticity and learn to control it.

Recovery in the Big Picture

Not surprisingly, there is much that we don’t know about the capacity of the nervous system to change, using silent networks of neurons or other methods of reorganization. Still, there is also a need for caution, since intense early activity may actually increase lesion size, with exaggerated functional loss especially in the first 7 days.2 Neuroplasticity seems best stimulated by intense repetitious practice that challenges yet doesn’t exhaust the nervous system 14 days following the injury.2 Therefore, it is imperative that treatment not just focus on repetition but also challenge the skill level of the client. Conversely, treatment that focuses on compensatory movements, especially the lesser-impaired extremities assuming primary function for more impaired extremities, can lead to neural reorganization that can subsequently impede further recovery by inducing a cascading loss of neurons in the lesioned cortex.2

The following companies offer products for stroke and neurological rehabilitation:

Aerobic exercise has been shown to increase the BDNF promoting neurogenesis and angiogenesis. The prescription is 3 to 7 days per week for 20 to 60 minutes at 50% to 80% of maxHR. The sessions can be broken down into 10-minute increments allowing for rest breaks. The results have demonstrated a decreased incidence of depression, greater chance for social interaction, improved emotional function, and reported improvement in quality of life. The increase in aerobic activity has positive impact on attention and concentration, along with improvement in executive function and reduction in visual-perceptual deficits and language deficits.3

Bilateral arm training helps to promote lateralization or activation of the undamaged side It also increases activation of the damaged hemisphere, reducing the motor impairment while improving the spatiotemporal control of the affected arm in both bilateral and unilateral tasks. The recommended parameters are 2 hours per day, 5 days per week for 3 weeks, then 1 hour per day for 2 weeks. This has been shown to be successful in both subacute and chronic phases of recovery (6 to 67 months after onset). The research shows no significant difference between bilateral arm movement alone or paired with rhythmic auditory cuing or electrical stimulation. Bilateral arm training has also been proven to be superior to traditional equally intense but less task-specific therapy as well as showing greater gains in proximal upper-limb strength and control than both traditional and constraint induced therapy.1

Constraint induced therapy (CIT) is forced use of the affected extremity by limiting the use of the nonaffected extremity with a mitt or other constraint device. The recommended parameters are 5 hours per day and wear mitt 90% of waking hours, 10 to 15 days CIT therapy ½ hour 3 times per week plus forced use 5 hours per day, 5 days per week during active productive times. Most effective treatment is between 3 and 21 months postinjury.4,5 Mild to moderately impaired patients have had the greatest success1 and higher intensity in acute care has equaled negative effects, supporting the evidence that the brain is fragile in the first 7 days after injury. This technique requires much effort and patience from the patient and the caregiver, and most times will require a patient contract to assist with compliance.

Body weight-supported (BWS) treadmill training is a task-specific intervention used to provide an environment that facilitates relearning of gait following a neurological injury.6,7 For different neurological injuries, different protocols have been developed with the appropriate amount of frequency and duration varying greatly. The consensus for patients following stroke is 30 minutes per day, 5 days per week for 2 to 8 weeks. The body weight support is 30% with an initial speed of .7 mph and no UE support. There will be two trained personnel for BWS training: one helping with trunk control and weight shifting while the second will be assisting with advancement of the affected lower extremity. After two consecutive bouts of at least 3 minutes, the speed is increased by .1 mph and the BWS is decreased by 5% until the patient reaches 10 minutes at 1.5 mph with O% BWS with minimal assistance or less for advancement of involved leg. Additionally, overground gait is incorporated into the training schedule once the patient has achieved 0 % BWS. It is recommended that the BWS treadmill training begin during inpatient if the BWS is available.

Several manufacturers offer BWS technologies that can be used for a range of therapeutic applications in several settings. Solo-Step, offered by North Sioux City, SD-based Solo-Step, is available as a ceiling-mounted track system as well as a portable track system that can be used outdoors or where ceilings do not accommodate an overhead track. Aretech, Ashburn, Va, manufactures the ceiling-mounted models ZeroG Gait and Balance Training System, ZeroG Lite, and ZeroG Passive. All three ZeroG models are built to support patients up to 400 pounds. The ZeroG Lite features a custom ramp that is engineered to support up to 850 pounds. The SafeGait 360° Balance and Mobility Trainer is a BWS product available from Gorbel Medical, Fishers, NY, designed for ceiling-mounted use as well as over a treadmill or stairs. It includes a handheld user interface that can capture, store, and retrieve a variety of patient performance data. The Vector Gait & Safety System, offered by Bioness Inc, Valencia, Calif, is another BWS system on the market and designed to operate in closed-loop, linear, or curved-track designs. The Vector is UL certified and includes a handheld control unit. Mobility Research, Tempe, Ariz, offers its LiteGait devices in this category with products engineered to provide supported partial weight bearing for adult and pediatric patients. The adult LiteGait line includes models designed to provide up to 40 inches of powered lift, and support patients who weigh up to 500 pounds.

Mirror therapy is when a mirror is placed at 90 degrees close to the midline of the patient and the affected limb is positioned behind the mirror. The patient is asked to perform a movement with both upper extremities at the same time, and the patient watches the non-affected limb in the mirror while performing exercises. The patient receives a positive visual impression that the affected limb is fully functioning. The training should last 1 hour per day in addition to conventional rehabilitation. For more chronic CVA, 1.5 hours per day, 5 days per week for 4 weeks is recommended. Patients who are chronic gain more distal function than traditional treatment interventions alone.1 The benefits are improvement in sensation loss and hemi-neglect, as well as noted changes in the cortex even if there is no movement in the affected limb.

Functional electrical stimulation (FES)/Neuromuscular electrical stimulation (NMES) is the application of electrical stimulation over key muscles or groups of muscles while performing a task-specific activity. For chronic stroke it is recommended to perform 3 hours per day, 5 days per week for 4 weeks.4 This can be implemented across all levels of motor deficits and can be used even if the patient is just having sensory deficits. The activities can be carried over easily to home with a personal unit for the patient to take home with a set regimen of activities to perform over the prescribed amount of time. There is significant evidence to support cortical plasticity changes that continue up to several hours after stimulation is removed.8

One type of FES device that offers utility in stroke treatment—especially as therapeutic treatment for foot drop—is the Bioness L300. This device is a three-piece system that includes an orthosis and a wireless communication system designed to provide mild stimulation of nerves and muscles to help patients affected by foot drop regain a more natural walking pattern.

Gait analysis systems are also among the technologies used to treat stroke patients, and built to collect and analyze temporal, spatial, and pressure data. One such device is the Zeno Walkway from ProtoKinetics, Havertown, Pa, featuring a 16-level pressure-sensing pad with circuitry inside for a low profile. The GAITRite Portable Gait Analysis Walkway System is another device in this category and built to provide temporospatial measures of gait. The GAITRite is also designed to be storable, movable, and able to be set up for operation in less than 2 minutes.

It has been said many times that “practice makes perfect,” but in reality, “perfect practice makes perfect.” Plasticity or neuroplasticity in this case can be positive (adaptive) or negative (maladaptive). Therefore, it is important to not only have a high number of repetitions to assist with successful improvement in function, but to be specific and ensure that the output is the desired output, not just sheer repetitive movement. PTP

Phil Cadman, PT, DPT, has been practicing neurological and orthopedic therapy in the Cincinnati area for more than 18 years. He is the owner of Premier Physical Therapy Services. For more information, contact PTProductsEditor@allied360.com. 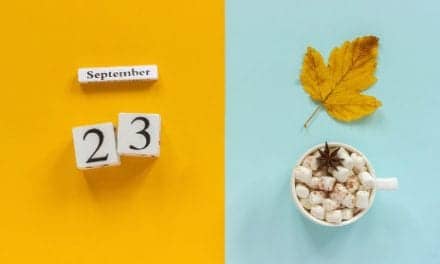 FYZICAL Kicks Off Fall with a Falls-Prevention Awareness Campaign 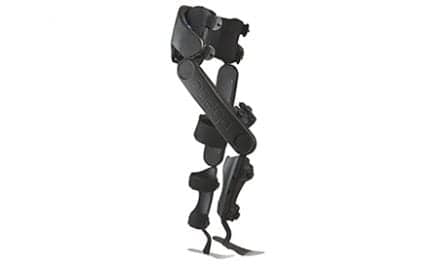 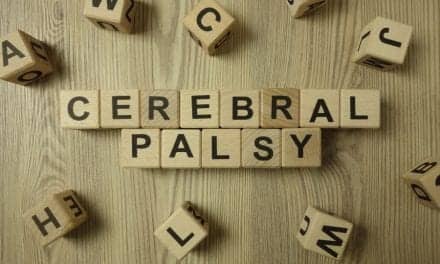 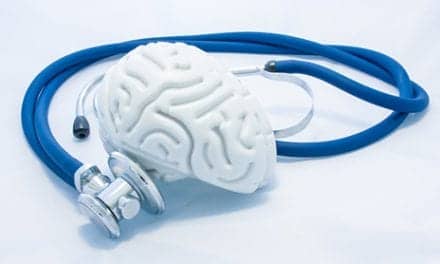