One in Two Americans Have a Musculoskeletal Condition, Report Suggests 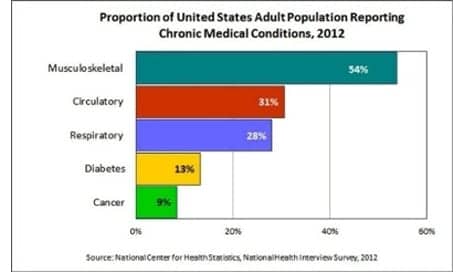 The report, “The Impact of Musculoskeletal Disorders on Americans: Opportunities for Action,” notes also that musculoskeletal disorders cost an estimated $213 billion in annual treatment, care, and lost wages.

According to the report, the most prevalent musculoskeletal disorders are arthritis and related conditions; back and neck pain; injuries from falls, work, military service and sports; and osteoporosis, a loss of bone density increasing fracture risk, primarily in older women, explains a media release from the American Academy of Orthopaedic Surgeons.

When it comes to arthritis, the report states that it is the most common cause of disability, affecting 51.8 million people—half of US adults age 65 and older—and up to 67 million people—or 25% of the adult population—by 2030. As well, the report suggests that two-thirds of arthritis sufferers are under age 65.

Regarding other disorders, the report notes that back and neck pain affects nearly one in three, or 75.7 million adults. In terms of osteoporosis, according to the report it affects 10 million Americans with 19 million more (mostly women) at risk for the disease; and that one in two women and one in four men over the age of 50 will have an osteoporosis-related fracture, and 20% of hip fracture patients over age 50 will die within 1 year of their injury.

Regarding costs of musculoskeletal diseases and injuries, the report states—per the release—that 18% of all healthcare visits in 2010 were related to musculoskeletal conditions, including 52 million visits for low back pain, and 66 million for bone and joint injuries, including 14 million visits for childhood injuries; and arthritis and rheumatoid conditions resulted in an estimated 6.7 million annual hospitalizations.

The average annual cost per person for treatment of a musculoskeletal condition is $7,800; and he estimated annual cost for medical care to treat all forms of arthritis and joint pain was $580.9 billion, which represented a 131% increase (in 2011 dollars) over 2000, per the report.

In 2012, 25.5 million people lost an average of 11.4 days of work due to back or neck pain, for a total of 290.8 million lost workdays in 2012 alone; and among children and adolescents, musculoskeletal conditions are surpassed only by respiratory infections as a cause of missed school days, the release continues. 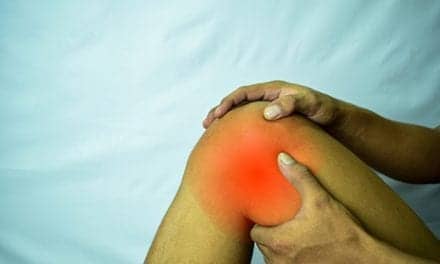 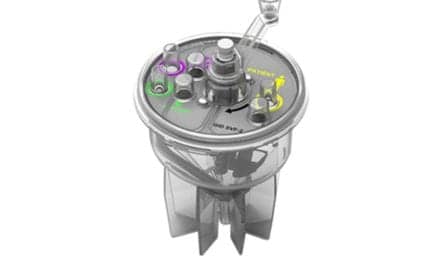 Pain-Relief Device for Arthritic Knees Gets Put to the Test 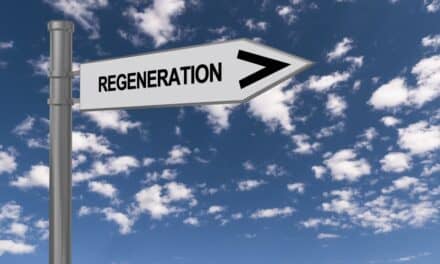