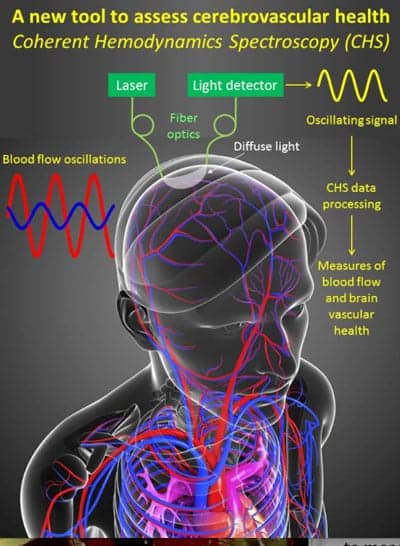 The release notes that coherent hemodynamics spectroscopy (CHS), developed and published by Tufts professor of biomedical engineering Sergio Fantini, PhD, is designed to measure blood flow, blood volume, and oxygen consumption in the brain. It also uses noninvasive near infrared (NIR) light technology to scan brain tissue. It then applies mathematical algorithms to interpret that information.

Fantini explains that CHS is based upon measurements of brain hemodynamics that are interpreted according to unique algorithms that generate measures of cerebral blood blow, blood volume, and oxygen consumption.

Fantini adds that the technique “can be used not only to assess brain diseases but also to study the blood flow and how it is regulated in the healthy brain.”

The release reports that CHS is engineered to use laser diodes that emit NIR light that is delivered to the scalp by fiber optics. Light waves are absorbed by the blood vessels in the brain. Remaining light is then reflected back to sensors, resulting in optical signals that oscillate with time as a result of the heartbeat, respiration, or other sources of variations in the blood pressure.

By analyzing the light signals with algorithms developed for this purpose, the release says Fantini’s model is able to evaluate blood flow and the way the brain regulates it. CHS technology has been tested among patients undergoing hemodialysis at Tufts Medical Center. Published research reported a lower cerebral blood flow in dialysis patients compared with healthy patients, the release adds.

“Noninvasive ways to measure local changes in cerebral blood flow, particularly during periods of stress such as hemodialysis, surgeries, and in the setting of stroke, could have major implications for maintaining healthy brain function,” says Daniel Weiner, MD, a nephrologist at Tufts Medical Center (Tufts MC) and associate professor of medicine at Tufts University School of Medicine (TUSM), who is a member of the research team.

The release states that Josh Kornbluth, MD, a neurologist at Tufts MC and associate professor of medicine at TUSM, is also working with Fantini to explore CHS’s potential to assess the cerebrovascular state of patients who have sustained traumatic brain injury or stroke.

Kornbluth notes in the release that having “data about local cerebral blood flow and whether it is properly regulated can allow us to more accurately develop individualized therapy and interventions instead of choosing a ‘one size fits all’ approach to traumatic brain injury, stroke, or subarachnoid hemorrhage.” 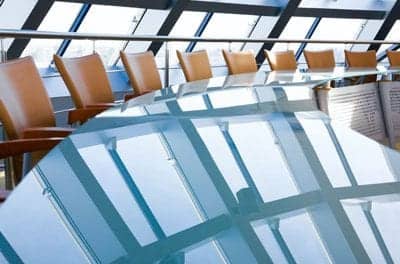 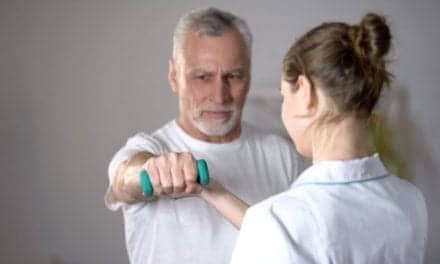 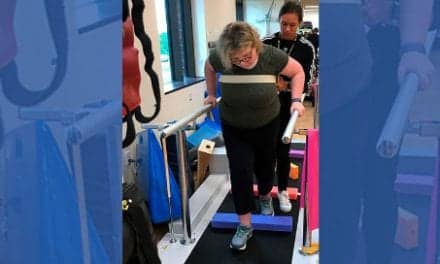 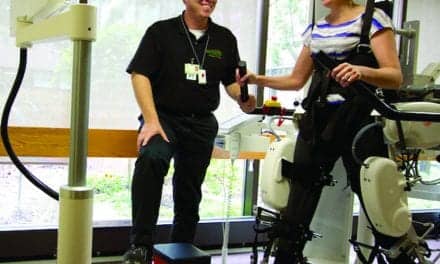