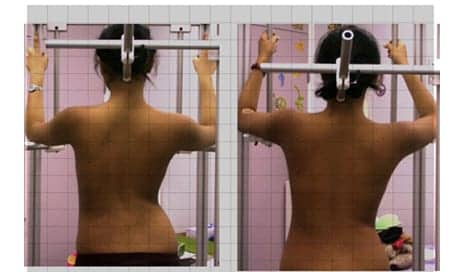 Pictured here is a scoliosis patient, before and after 6 months of performing Schroth physiotherapeutic scoliosis-specific exercises.

A study from the University of Alberta, Canada, suggests that scoliosis patients who perform physical therapy exercises demonstrate an improvement in their spinal curvature, muscle endurance, and quality of life compared to those who receive only standard care.

“Currently patients diagnosed with scoliosis are either monitored for progression, treated with a brace, or, in severe cases, offered surgery,” explains Sanja Schreiber from the University of Alberta’s Faculty of Rehabilitation Medicine, in a media release.

“Our study showed that 88% of patients who did the Schroth physiotherapeutic scoliosis-specific exercises showed improvements or prevented progression in their scoliosis curves over 6 months compared to 60% in the group receiving only standard of care,” she adds.

The study, published recently in PLOS ONE, included 50 adolescents with scoliosis aged 10 to 18 years with curves of 10 to 45 degrees (Cobb Angle).

After 6 months of Schroth physiotherapy, (30 to 45 minute daily home program and weekly supervised sessions), 88% of patients either had improving curves beyond or remaining within 5 degrees of their baseline curve magnitude. The average curve in the control group deteriorated by 2.3 degrees. Overall, the difference between the Schroth and the control group was 3.5 degrees, the release explains.

“These short-term results are clinically significant and show that Schroth physiotherapy exercises could help many patients with scoliosis if this type of conservative management is added to the standard of care,” says Eric Parent, associate professor of physical therapy, Faculty of Rehabilitation Medicine, in the release.

“The Schroth group showed improved muscle endurance by increasing the average holding time by 32.3 seconds after 3 months, while the controls increased by only 4.8 seconds,” he states. 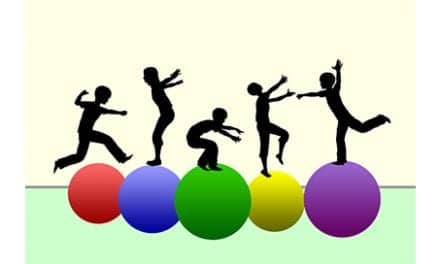 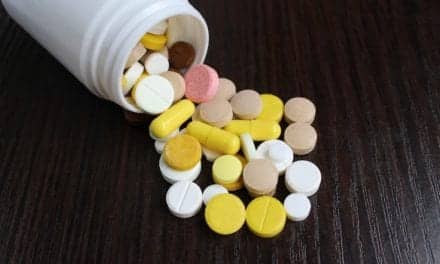 Avoid Opioids for Sprains and Strains, Per Evidence Review 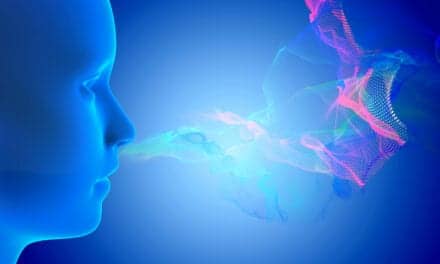